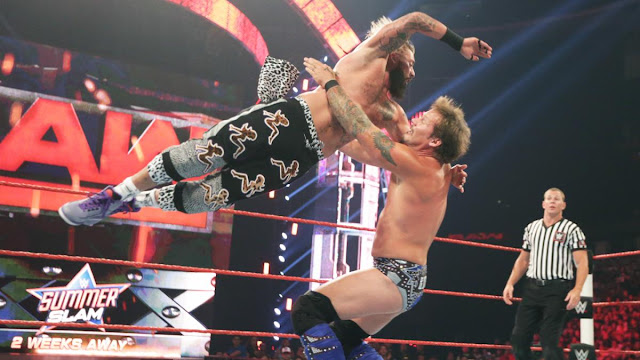 I can only see the HULU edition of the show. This review isn’t complete, as I can only see the limited edition that comes through HULU the day after Raw. I also want to mention that this is not a traditional review like other sites. I don’t need to recap everything, as not all the show caught my attention.


Let’s start the show with a long talking segment again. Why not? Ok, well this was ok since Enzo Amore is gold on the mic, and his mic work against Chris Jericho was great overall. Kevin Owens coming out to say that he is going to hurt Enzo and Cass was great. This led to a match between Jericho and Enzo, which was ok, but it was mired by interference.

Seth Rollins is annoying on the mic. I did like that he mentioned that his name could’ve been “Rambo Apocalypse”, now that’s a name I can get behind honestly.

When Finn Balor talks it sounds like he has marbles in his mouth. It’s bad. I should know. I am a Naturalized American Citizen and I have to work really hard to ensure that my words are understood straight out. I worked hard on my lingual abilities and Finn should too. Heck Seth should too. Cody Rhodes should get rid of that lisp too.

Roman Reigns messed up Lana and Rusev’s celebration which was kind of funny. I’m never going to cheer Reigns though. I did find this amusing.

This match was boring to me. Dana is a jobber, Charlotte and Sasha mistimed a slap, the whole match lasted less than a few minutes. The feminists WWE twitter people are going to be mad about this one, I’m sure. They’ll most likely talk bad about anyone that disagrees too.

I liked this burial, can’t lie. However, I wish the club sandwich boys would go back to beating up John Cena. The brand split isn’t exactly sticking afterall. 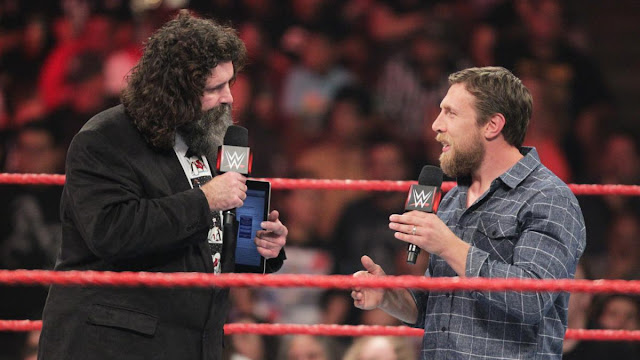 The ending with Daniel Bryan from Smackdown talking to Mick Foley was stupid. I though tthere was a distinct brand split? This served no purpose but boredom.

At the end of the day, this was the worst Raw since the brand split, simple as that.