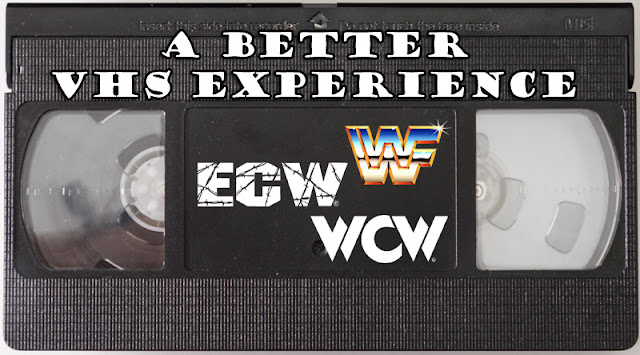 And here we go, in 1996 this event was definitely an intriguing one. If you are not familiar with the wrestling event of WCW World War 3, you should know that it has 3 rings and 60 men. That’s right, 3 rings, and 60 men go in, and only 1 wins. It’s a battle royal to end all battle royals, and it’s amazing to say the least. I loved these events, and absolutely enjoyed the 60 man gimmick. Anyways, for 1996, the VHS was unedited. When I watched it back on the network, I noticed a lot of blurs, and changes made by the WWE team. So if you’re going to watch this, get the unedited version, or just watch it on the network, what do I care? 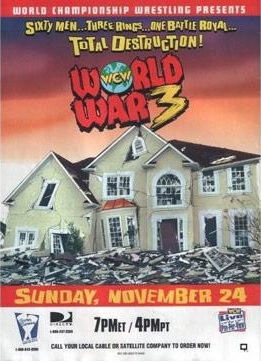 In Norfolk, Virginia a crowd of 10,314 was gathered to see this one, and there was a lot of action. I didn’t get to see the dark match, but apparently it featured La Parka and Villano IV. So here we go, Sunday, November 24, 1996, World War 3 cue the fireworks.


Holy crap! This was an opener that you have to see. These two were in their absolute primes. Mysterio is young, light, and flies around the ring like no other. Ultimate Dragon is a great fighter, and he really showcases some great respect for Mysterio in this match. I loved the back and forth, and the two were playing a game of pro-wrestling chess. Dragon would eventually get the win, and that was that.


This was not a high point for Chris Jericho. He beat up Nick Patrick, in a forgettable match.


Not a great match, but afterwards Sherri would get Colonel Robert Parker for 5 minutes. She is awesome, and she really threw herself around the ring. As for Harlem Heat, they worked stiff, and I don’t know how a lot of teams let Booker T drop his tree trunk of a leg on their heads. Holy crap. You have to see him fly around the ring.


Malenko was all technical wrestling in this one. Psychosis is a high flyer normally, but Malenko had him grounded for the whole match. I was surprised how this went, and Malenko would eventually get the win. Psychosis is one of my favorite luchadors, but here, he just couldn’t get much going against a very methodical Malenko.


This match was hard hitting. The Outsiders and the rest worked stiff in my view. They all brawled but it would eventually be The Outsiders with the win. This was like watching the old school get tossed aside for the new. The Outsiders won after around 16 minutes. 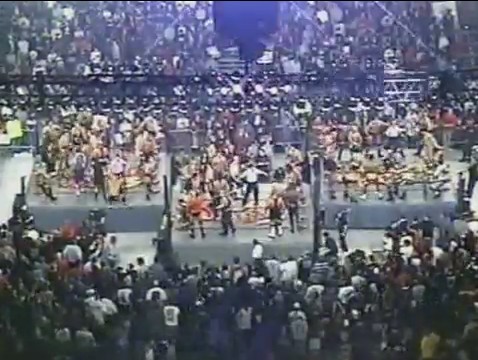 
This was amazing. The ending had the NWO against Lex Luger alone. Luger took on all of them by himself, but eventually it was The Giant that would give him the win. Great match, and a lot of fun.


The event seemed short to me. I don’t know if that’s editing on the WWE’s part, or it was that short. Other than that, the matches were not that great, with the exception of the opener, which was a lot of fun to watch. The rest was ok at best. Good back and forth hard style wrestling at points, but it’s the main event and opener that is worth checking this out for.

If you find this on VHS, you should buy it, why not? It’s better than the network experience, I guarantee it.
Posted by Unknown at 4:13 PM