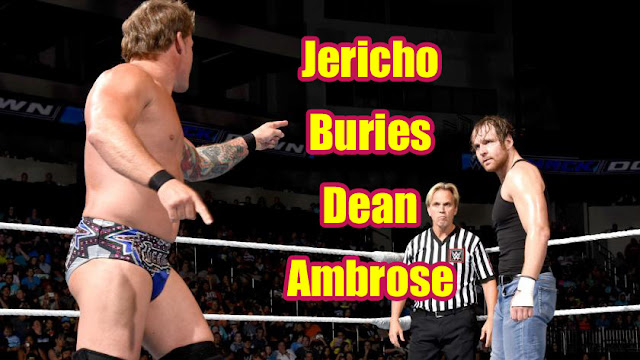 Smackdown is the B show. You know it, I know it. Solomonster from the Solomonster Sounds Off podcast knows it, and yet here we are reviewing it yet again. Before the jump to Tuesday nights, and live, here is a breakdown of the show from last night, and not a moment too soon, I’m sure. Next week it’s Money In The Bank in Vegas. I wish I could go, I wanted to, and hit up my homies at 100proof Las Vegas, but I just don’t have any money. It sucks to be broke.


Aj Styles and the Club Sandwich boys came out and cut a promo about how they want to dominate, and how they were able to win, whatever. I wish I had a real club sandwich.

Enzo and Cass came out, and their reception was lower than I had expected. So much so that you could hear the piped in cheers, which is just off putting.

Enzo and Cass versus The Club Sandwich Boys


This match was back and forth, and eventually broke down into a brawl with The New Day and vaudevillains showing up to mess things up. Nothing great here. DQ finish


We’ve seen this so many times, that this almost doesn’t matter at all. This became a single’s match for a moment as Zayn and Owens left the match. The match broke down a few times due to Owens and Del Rio not getting along, but overall, not a terrible match. There was a lot of action, but you’ve already saw this many times before. The bad guys win in this one.


Not a bad match, but not exactly an epic one either. It was ok, Lynch wins.


Remember when Kalisto was relevant? This wasn’t it, short match, Corbin wins again.


Terrible Smackdown Show, you can miss it.
Posted by Unknown at 4:36 AM