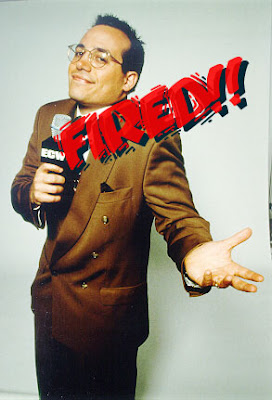 Guess what, ECW is heading straight to the pit now.

I'm not sure who decided to do this, but this is the worst thing I've read since they Fired Paul Heyman from ECW's writing team.

ECW is NO longer holding any remnant of the original show that I enjoyed in the mid 90's.

Seriously, Joey Styles is the last remnant of what ECW had left...besides Tommy Dreamer.

WWE has really done a horrible thing with ECW, slowing down the pace, leaving out the Extreme part, and well...burying the show. The ratings are horrible, the show is lame, and well...ECW is dead.

Joey Styles might still work for WWE, but ECW is dead...he was the only reason I could stand ECW at times. Now there's no reason to watch ECW at all.

This is of course according to internet reports, and sometimes those are very wrong. ECW is lame anyways.

Oh and about RAW...it was ok...but lets see who the KING is going to be on Raw!

Liked this post? Want to help me keep blogging? Buy a dvd or two from Amazon.com and save up to 75% off WWE merchandise, and get free shipping while you're at it; just click HERE
Posted by Unknown at 1:26 PM