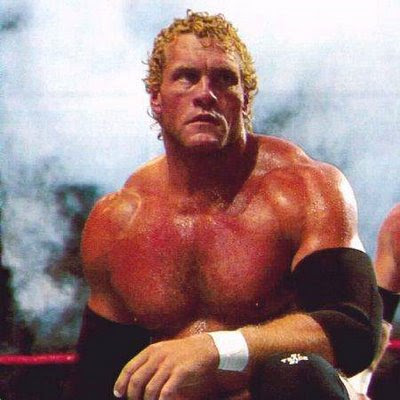 Sid Vicious wanted to come back to WWE, and now people are talking all over the internet, that He's coming back at Wrestlemania 24.

I'm not sure, but if Sid Vicious comes out of the curtain, and screws over The Underatker for Edge, I will be jumping out of my chair, and screaming at the top of my lungs.

Remember the last feud he had in WWE? Well, maybe not the absolute last one, but he definitely fought off Bret Hart, who was trying to get his WWE title back at the time (97) and he lost to Undertaker at Wrestlemania 13. So could this be setting up the Undertaker for a dive?

Or is Chavo Guerrero in for a rude awakening this weekend?

I could see Sid in ECW....in fact what if the scenario happens the way it played out in ECW below....

Whatever the case is, SID is awesome!

Liked this post? Want to help me keep blogging? Buy a dvd or two from Amazon.com and save up to 75% off WWE merchandise, and get free shipping while you're at it; just click HERE or pick up The Legacy of Stone Cold...now that's worth it!