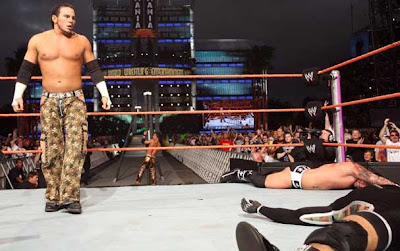 Wrestlemania 24 was hyped for a huge amount of time, and it didn’t live up to the history. However, there was some high points and some low points, and overall things worked out in the end.

The wwe title match was really boring. No blood, no guts, no glory, with Cena & HHH bowing down to Randy Orton in an odd ending that left everything really open. It was a slow match, and really poorly booked effort, and ridiculous.

The Undertaker taking the crown was nice, and worth the effort. Edge put up a great fight, but he couldn’t make it.

The divas match was horrible, Chavo losing to Kane in 8 seconds was really lame. 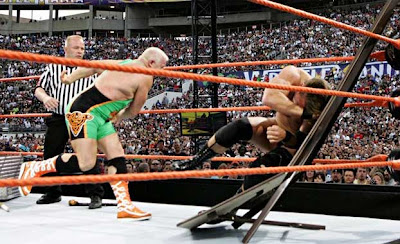 The JBL match with Finlay could’ve been so much more and was really lackluster.

The money in the bank match was really longwinded and boring; it looked like the wrestlers weren’t really into trying very hard.

Batista vs. Umaga was horrible too and it proved nothing at all.

It wasn't the worst ever, but it wasn't that good either. There was a lack of enthusiasm all over. The crowd was even dead during key moments, and overall...the main event was the only great thing about this years Wrestlemania.

Liked this post? Want to help me keep blogging? Buy a dvd or two from Amazon.com and save up to 75% off WWE merchandise, and get free shipping while you're at it; just click HERE
Posted by Unknown at 7:57 PM