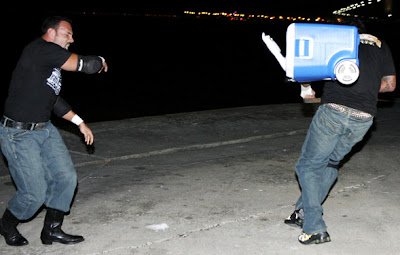 What I thought would be nothing more than a horrible idea from the ECW camp, turned out to be something worthwhile and worth watching! Last night on ECW they announced a "Gulf of Mexico" match for the main event, and if C.M. Punk defeated Chavo Guerrero, then he would get a title match at NO WAY OUT.

What prevailed was a falls count anywhere style match in which you have to throw your opponent into the gulf of Mexico.

It started out in the arena and I wasn't buying the story, until they took it up a notch, went outside and started getting extreme. Hip toss onto a car, a cooler to the face, and then the gts and into the moat! 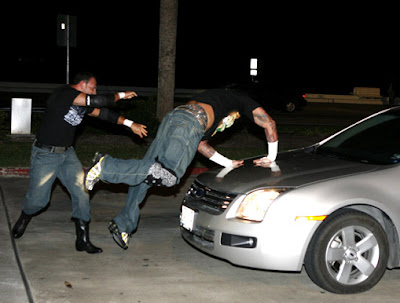 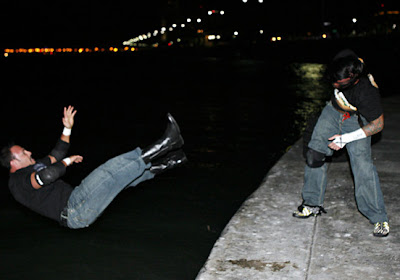 Awesome! ECW had me cheering and more excited than Raw this week. I like the way they are making this feud work, regardless of what many might think. Chavo has really been carrying his own in this one.

Liked this post? Want to help me keep blogging? Buy a dvd or two from Amazon.com and save up to 75% off WWE merchandise, and get free shipping while you're at it; just click HERE
Posted by Unknown at 10:15 AM