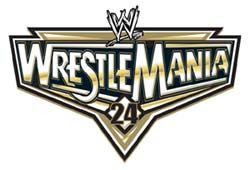 Wrestlemania is a great time of year, it’s usually the only time I shell out any money for a live ppv. But this year, it’s ruined. I had high hopes for the ppv following the Royal Rumble results, but right now, I don’t think that I can get behind such a lousy line up for the biggest ppv of the year.

Don’t get me wrong, I still like wrestling, but this event is going to be a disaster on many levels. Here’s how the WWE ruined it so far….

HHH winning the chamber match at No Way Out was fine, I like HHH, I think he’s do for a title shot, despite his always getting title shots in the last few years, I’ll accept that opportunity for him, and was looking forward to something huge.

In the final two of the Rumble it almost seemed that the WWE was teasing HHH vs. John Cena, and that was something worth seeing as both men are different now, and they could put on a show since they are both back from nagging injuries. However, Orton being thrown into the mix now, thanks to a dq ending at No way Out and the announcement to have a triple threat match for the world title at Wrestlemania makes me feel like not getting the ppv now.

The last few wrestlemania main events in my memory all have triple threat main events. I’m sick of seeing this. When are they going to build one on one match ups that have the epic feeling that Hogan vs. Ultimate Warrior had at Wrestlemania VI?

So that aside, what else could WWE ruin?

Big Shows return has been foiled by a lame story line. I don’t care about a boxer and the giant storyline. It’s lame. Save Big Show for something more important, not this load of crap.

Mike Tyson showing up in 1998, that was huge. Stone Cold ruining everything on Raw, creating a major feud was classic, this time around though, it’s just poorly timed, and not worth my time.

Remember I wrote about setting up Hardy for failure? Well, they are still at it, giving the fans a little glimmer of hope as if he’s more than a one trick pony. Seriously, it’s interesting to note that Jeff Hardy was being pushed as a main eventer for some time, but not because of his prowess in the ring, but more often than not the reasoning behind it was that he was willing to jump off the highest peaks, and do the daredevil style wrestling that was likened only to Mick Foley in his prime. Then they bury him while facing Orton, and Orton moves on to John Cena and Triple H.

Can Hardy beat Triple H and Cena? Probably, but the WWE is a smart company. Why would they tie down the world title with a guy that can’t speak on the mic well?

Oh, right, they did that with Chris Benoit. But then again, Benoit is now no longer regarded as a memory for anyone that has heard of the tragedy that befell him and his family.

Hardy being looked at as a one trick pony seems to be a way to fit him into matches like the every growing spot fest that is the Money in the Bank match.

I wonder if the WWE have penciled in how Edge will somehow get the case, and use it on a tired or injured world champion?

That means we’ll see Undertaker winning the title…or will we? This seems to be the only reason to get this ppv, simply because the streak is alive and well, but will Edge screw his way to keeping the title?

So far the WWE have a lot of ground to cover to win over my money for the ppv, it just doesn’t seem epic yet. There is no way they can win me on the triple threat match, they might get me on the Edge and Undertaker angle, but not anything else so far.

Sure it’s early, but I’m already looking critically at this year’s lackluster PPV card…It’s not as bad as Wrestlemania XV but it’s getting close.

Liked this post? Want to help me keep blogging? Buy a dvd or two from Amazon.com and save up to 75% off WWE merchandise, and get free shipping while you're at it; just click HERE
Posted by Unknown at 10:38 AM