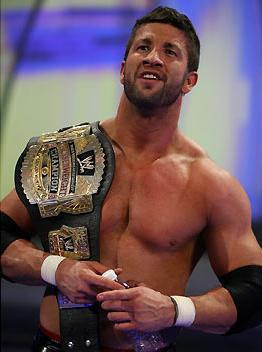 It’s easy to call TNA wrestling the number 2 company in the United States, considering that there is no big alternative to WWE at this point and time. While there are many moderately sized indie promotions out there, none can rival the possibility of audience reach that Tna has right now.

There are two major factors that can be stated in regards to TNA’s drawing power of new talent, whether or not they implement those factors is another story altogether.

Here are those factors:

1.The WWE Does not have a Cruiserweight Division: At this point and time, 5/8/2008, the WWE has done nothing with the Cruiserweight title belt. The last time we saw a pure cruiserweight championship match, or simply a title defense was when hornswaggle won the belt.

That of course buried all chances of a Cruiserweight revival in the wwe.

2.Former WWE cruiserweights are all healed up and have nothing to do: Case in point Shane Helms, Scotty Too Hotty, and many others. There is a plethora of wrestlers out there that are not “heavyweights” by any stretch of the imagination, and they would make marvelous players in the TNA x-division.

If TNA utilizes the X-Division in a proper way, they could see a major drawing force of fans flocking to watch Impact, subsequently making them a major contender in the professional wrestling circuit and promoting themselves higher than just a mere regional televised act.

Look at WCW’s rise to fame and how they beat out WWE for many years. The WWE at the time had to compete with WCW’s talent pool of Luchador’s so they created a “light heavyweight” championship, which later went on to become the cruiserweight title.

In those days, the Lightweight title was garbage, and eventually was phased out.

WCW, one the other hand, promoted the Cruiserweight championship in such a great way that it created a must watch scenario for all fans of professional wrestling.

If you’re not convinced with that argument as a stand alone piece, then consider the champions from WCW’s era of cruiserweights:

But sadly, there is no work for the cruiserweight in WWE. Unless you’re getting ready for a career as as a serial jobber; which can pay the bills quite nicely, but do you really want to be the Barry Horowitz?

Ultimately, TNA could draw new blood, greater matches and overall sell a better product. The x-division is key, and with rumors circulating that Shane Helms might come to the TNA ring….things are looking bright…if they decide to push that element.

However, with Vince Russo in charge, and horrible plots and wrestling angles dominating impact, we are not going to see that any time soon are we?

If you're still not feeling me...or just think I'm an idiot, check out this match from Souled Out (WCW). It is Chris Jericho vs. Rey Mysterio Jr...

The Hardy Boyz have a new 2 disc dvd set and it is out now, check out it here.