ECW steamed through their 100th episode and I was quite surprised at how much show was actually packed into a one hour episode. The show featured some good match ups, but ultimately let me down in the end. 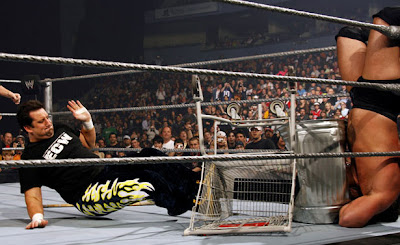 ECW actually had an extreme match for once! Tommy Dreamer was in his own element last night wrestling Mike Knox and I was really rooting for him, but it was to no avail, he lost miserably. 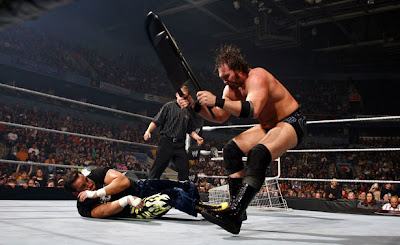 Tommy Dreamer is nothing more than a jobber at this point. He’s the new school Barry Horowitz.

Matt Striker wrestles? Apparently so, and to build up Kofi Kingston a bit more, they are pushing him through the ECW roster in order to get to the title, or jump ship to another show. Kingston has got some movies, but overall…he’s no Shelton Benjamin! 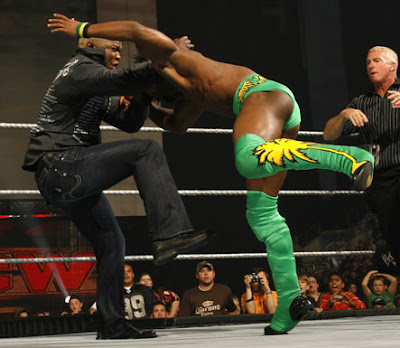 Benjamin and Kingston will most likely continue to feud as Benjamin’s beat down on Kingston last night had shades of old school professional wrestling; which makes me happy for a change.

Who knew Armando Estrada could wrestle? Who knew that WWE would actually sign an independent talent? Who knew they would allow him to win over the general manager of Ecw?

Delaney somehow managed to mop up Estrada, pick up the contract and join the superstars of wrestling; and the countdown begins to when they will bury Delaney and his hopes of joining the elite crew in the main event scene.

One thing’s for sure, the kid can bump like Foley. 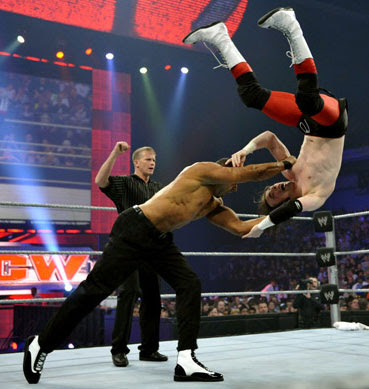 The main event wasn’t all that great, but it was enough to keep me interested. The thing that disturbed me most, was not that the match was just a beatdown on Chavo, or that the new guy is getting pushed into the ECW main event scene; it was the parting shots of ECW as it went off the air.

The WWE is foreshadowing a match between Kane & Punk vs. The Tag Team Champions The Miz and Morrison. This of course is going to mean that the titles will once again get hot shotted to a temporary, non “tag team” partnership. 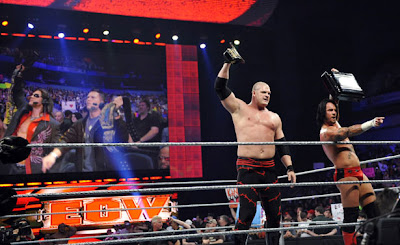 I’m already hating ECW…although they managed to not screw up their much anticipated and publicized 100th episode.

Interesting links:
The Hardy Boyz have a new 2 disc dvd set and it is out now, check out it here.

The HHH three disc set is out now too, with interviews and commentary by the game himself! Click here for more info on that release.