Raw was actually worthwhile this time, in some ways.

I didn’t care for the initial talking segment. They should have ripped each other to shreds, and forgotten the mic skills. To quote the joker, why so serious? 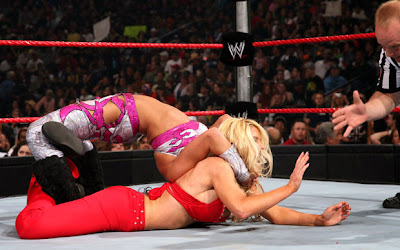 The women are working hard on their short comings, and this match proved it. This is a moment of progress, but overall, not the greatest match ever, but good enough to provide this amazing bridge, submission. 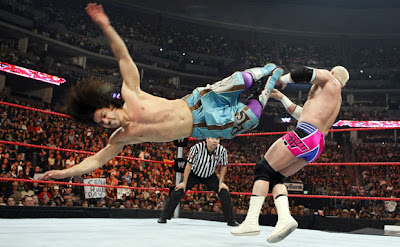 The tag titles defended? YES! This was definitely a good thing, but the match was a little short, and I knew there was not going to be a title change. 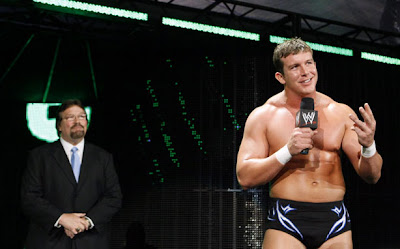 The best thing that came out of this match was that Ted Dibiase Jr. came out, and looks to be another Randy Orton, but can he work? Time will tell. Who will be his tag team partner? 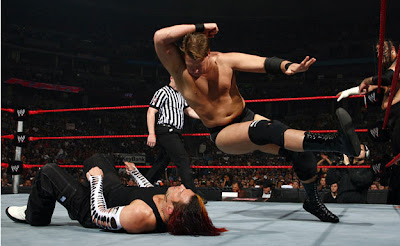 The tag match had the crowd really into it. The crowd was really hot for this match, and the ending, well, the ending had the heels over, but man…what a crowd reaction to the entire match.

Carlito Jobs for Kennedy, and Kennedy gets a major beat down from The pirate…or whatever his new gimmick is. 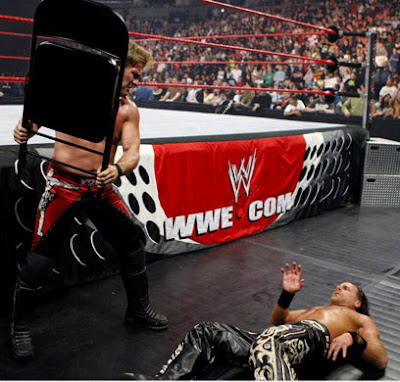 I thought for sure we were going to see a Y2J turn, and we should have, but instead he shows mercy on his opponent, although the match was shorter than expected.

Raw wasn’t half bad, I liked it a lot in many ways, but I would have liked to see more action, that’s for sure.

There was a lot of commercials for One Night Stand, they ran through the card a few times through the show, and had a segment with Roddy Piper training Cousin Sal for a match with Santino.

I was also tired of the Rambo commercials, that's for sure.

Check out our online store for big savings on wwe dvd, and wwe books. Our online store is powered by amazon.com so you're in good hands.
Posted by Unknown at 1:53 PM