ECW came through with yet another show of stupidity and bad commentary, but it couldn’t help itself…it’s just how it is, right? 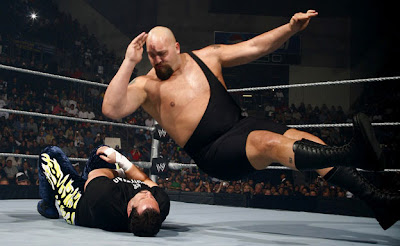 Tommy Dreamer lost to Big Show. A jobber is all the original ECW wrestler really is. 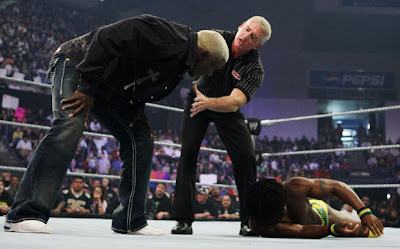 Mike Knox is still on ECW? Kofi Kingston bounces back from last weeks loss, and actually makes ECW kind of worth watching. 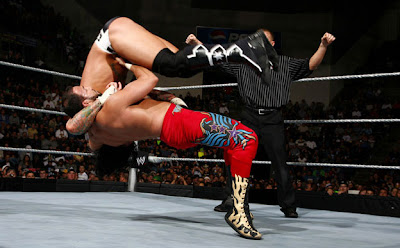 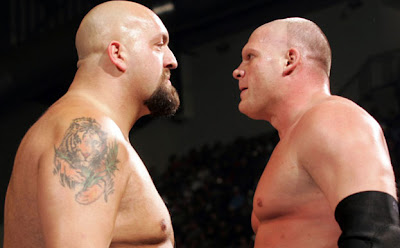 Why does the WWE continue to bury the tag champions? I’m not sure. Kane didn’t win this match, but come on, seriously, come on!

Mike Adamle’s commentary is almost bearable, but still is a line below horrible. I remember when Michael Cole started, I hated him too, but he was never as bade as Adamle.

Rumors are swirling that ECW may not exist in a few months, and in fact, with ratings so low, ECW might merge with Raw on Monday nights. We’ll see what happens.

We also saw a glimpse of what may be to come, Kane vs. Big Show? It could happen.

Check out our online store for big savings on wwe dvd, and wwe books. Our online store is powered by amazon.com so you're in good hands.
Posted by Unknown at 11:44 AM